Bronchiectasis is a lung condition where the breathing tubes called bronchi in the lungs have been damaged, enlarged and scarred – primarily due to infection. This causes mucus to build up in the extra space.

Illustration courtesy of National Heart, Lung and Blood Institute (US).

In healthy lungs the mucus gets cleared up by tiny hairs called cilia that line the breathing tubes so that it’s easily coughed out.

When these hairs stop working properly mucus gets stuck in the breathing tubes. Bacteria grows in the excess mucus, causing further lung infection. These infections damage the airway wall, and the breathing tubes become baggy and holes form in the lungs.

Most people with bronchiectasis have a chronic mucus-producing cough. Other symptoms may include coughing up blood, bad breath, wheezing chest, recurring lung infections and a decline in general health.

How is it diagnosed?

A diagnosis is completed by a doctor who takes a complete medical history, asks about childhood diseases and recent chest infections. A physical examination is carried out which includes listening to the chest. A standard chest x-ray will be recommended and a CT scan of the lungs is essential. This is a painless examination and is similar to an x-ray. Blood and sputum tests are also required. A sputum test is to detect and identify bacteria or fungi that are infecting the lungs or breathing passages.

For the latest statistics on bronchiectasis in New Zealand, click here.

Is your asthma under control?

Take the asthma control test to find out 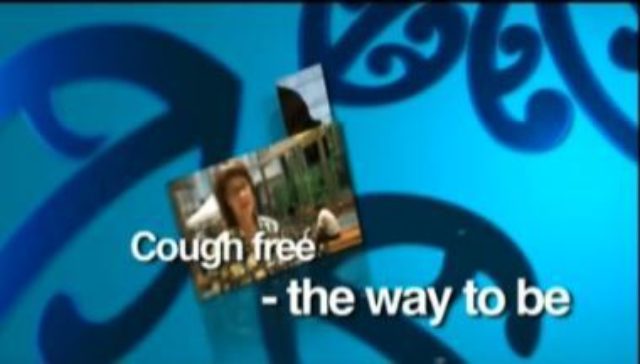 Cough free – the way to be

A short video which focuses on recognising the signs of infection that can lead to bronchiectasis and acting on them.

Get the latest research, news and events straight to your inbox.