Immunity is a concept that is misunderstood by many people, mainly because of the way it is spoken about and promoted by the natural health industry, Dr Holt says.

“You either have a working immune system or you don’t, and it’s not necessarily something you can strengthen,” he says.

“People with compromised immunity include those who’ve had chemotherapy or have AIDs.”

However, there are certain vitamins and supplements that you can take which are proven to reduce the chances of getting respiratory infections, and also how long they last for.

People with respiratory conditions are vulnerable when they catch respiratory infections as they’re more likely to develop complications from them.

“They don’t necessarily have low immunity but because they have more secretions, then they are more prone to infections.”

The “big three” supplements that have strong, recognised scientific studies behind them include zinc, vitamin D and vitamin C.

“The strongest is zinc, in terms of preventing the common cold. If taken on a regular basis, it can reduce the chance of getting colds and reduce the duration of the infection by a day or so.”

Around half of the population is low in vitamin D, which is also proven to reduce the number of respiratory infections you may catch. Although you can get vitamin D from sunshine, and from eating dairy foods and eggs, doctors are increasingly recommending that people with low levels of the vitamin take supplements during winter.

“It is important though, to try and get some vitamin D in your diet, and also go outside in the winter. Even on a cloudy day, you can get some just from UV rays.”

It has long been thought that vitamin C is a major fighter against colds, but that is a bit of a myth, Dr Holt says.

“Studies show that vitamin C only has a very small effect on prevention and treatment of colds.”

Other supplements that are often promoted as having “immune-boosting” properties include olive leaf extract and echinacea. These too, offer little evidence to show much usefulness in them preventing and treating cold and flu viruses.

“Olive leaf seems to be popular but there are no good studies to show it can reduce the likelihood of preventing respiratory infections.”

Echinacea does have some effect on reducing the number of colds and duration but there are two problems with it: a “horrible” taste and most importantly, it can be dangerous for people with asthma.

“This is not well understood... there are rare but severe cases of people specifically with asthma who have strong allergic reactions to it. I don’t recommend taking it.”

Dr Shaun Holt has medical and pharmacy degrees, is an adjunct Professor at Victoria University of Wellington, and has been the principal investigator in more than 50 clinical trials. He has published over 190 publications in medical literature, including for asthma research. He is the Scientific Director and a founder of HoneyLab, and an advisor to several pharmaceutical companies. 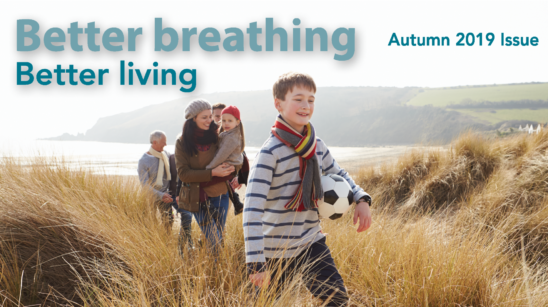 The latest edition of Better breathing better living magazine is out now!

Get the latest research, news and events straight to your inbox.